By Outreach Urban Memory on January 18, 2015 in Community, Preservation, Press

Recently, Urban Memory Project sat down with the one of the co-owners of Community Bookstore, Ezra Goldstein, to talk to him about his experience of moving from Cincinnati, Ohio to Park Slope, Brooklyn, right in the middle of the 1980s crack epidemic. I, Reuben Jaffe-Goldstein, grew up in Park Slope and spent my entire childhood in this constantly changing neighborhood. This is our memory of Park Slope, which used to be occupied with burnt down houses and unsafe streets but was always a tree lined quaint neighborhood, filled mom-and-pop shops and excellent butchers. Park Slope has now become one of the most expensive neighborhoods in NYC, filled with families, strollers, and boutique shops, but there are still a few shops that remain to remind us of what Park Slope used to be. 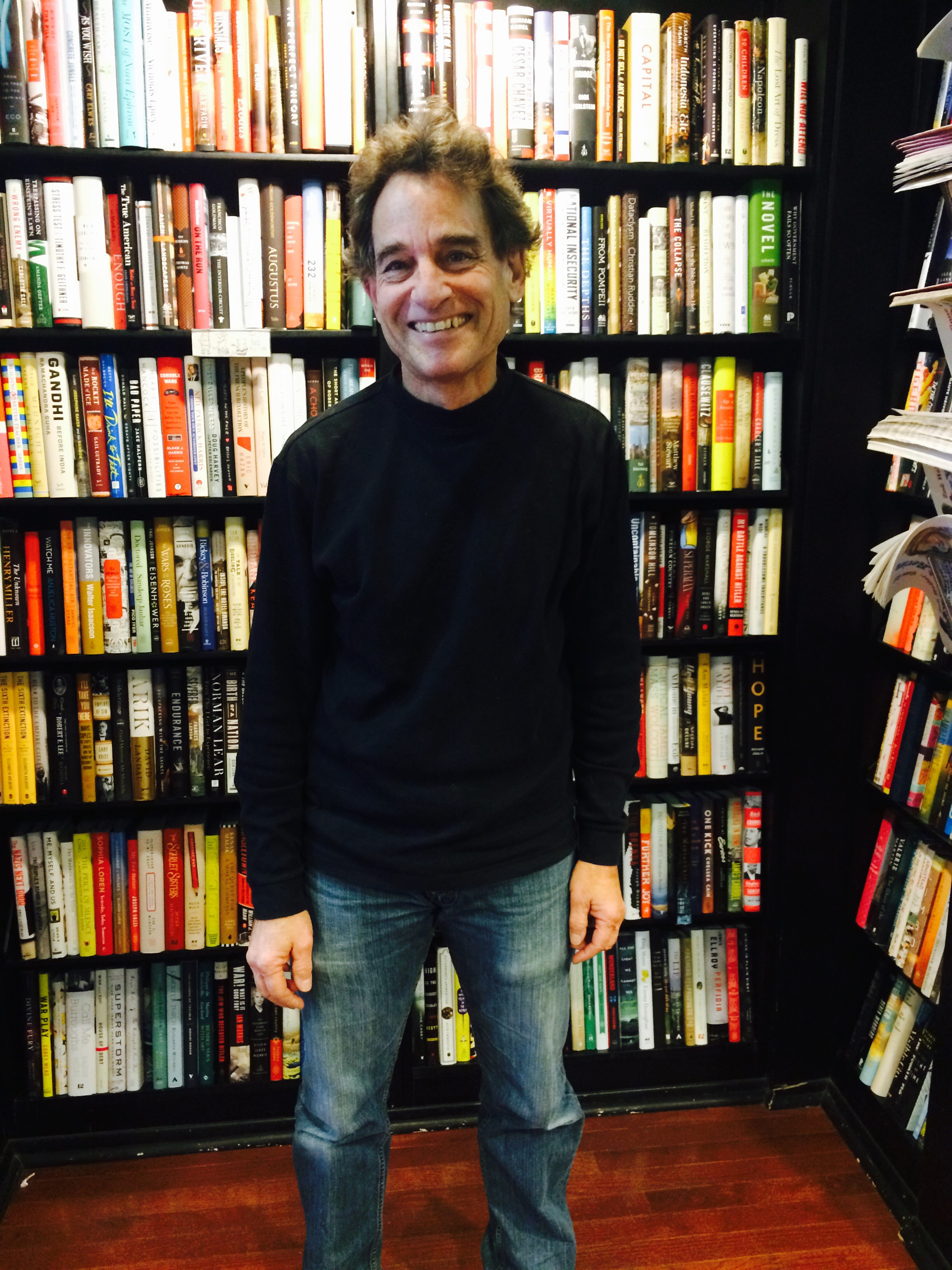 Walking down Fifth Avenue, there were multiple store-fronts that felt that they would be boarded up forever. There were places we were encouraged to not go to on our own, as they were advertised as being too dangerous. While I was never mugged growing up, kids would frequently threaten me for my lunch money when I attended middle school. However, Park Slope has always been a beautiful neighborhood, with an almost suburban feel, full of short row houses and tree lined streets. Its was a very cozy neighborhood, removed from the hustle and bustle of Manhattan. Furthermore, outside of the banks and a few grocery stores, there were almost no stores with a national presence. It was the talk of the neighborhood when a Rite-Aid and Barnes and Noble moved in and it now not uncommon to find a variety of chain stores in the neighborhood.

UMP interviewed Ezra in the comfortable back room of the Community Bookstore where students from the Park Slope Collegiate Secondary School spoke with him about his experiences of neighborhood change.  The visit to the bookstore was part of a study on neighborhood history that Park Slope Collegiate and UMP have engaged in for the past 10 years.  Students were fascinated by Ezra’s observations, and by the bookstore itself, new to many of them.

Ezra grew up in a small-town in Ohio, and was living in Cincinnati before moving to Park Slope in the mid 80’s. As he said: “There were drug deals going down two blocks down the street in a bodega, you know openly in the daylight…you know for an Ohio kid who didn’t know what was going on it was very scary”. The women he loved, Annette, my mother, moved from Philadelphia into a building on 5th Ave that was totally boarded up except for her apartment. The entire block was boarded up, other than a liquor store and a pizzeria. It wasn’t until my parents moved to Prospect Park West, into an apartment overlooking Prospect Park, that they fell in love with the neighborhood.

Park Slope is not that place anymore as Ezra remarks, “[his neighbor] would always walk home down the middle of the street because she was scared to walk on the sidewalk, she’d been mugged so many times”. A place where it was safer to dodge oncoming traffic than the people on the sidewalks. Now, fifth Avenue, “it’s filled with expensive restaurants, boutiques and shops and you know, those of us who have been here for a while can’t believe Fifth Avenue. We remember when it was boarded up and burned out buildings all over the place.” When Ezra first moved here parts of the neighborhood may have been in disarray, but there were also wonderful diners, butcher shops, bakeries, and mostly mom-and-pop shops, similar to the Community Bookstore. Today by walking on the sidewalk, the biggest threat is being slowed down by giant strollers.

In 2010, Ezra, with the encouragement of Annette, decided to become the proprietor of Community Bookstore, one of the few remnants of Park Slope before boutiques and fancy restaurants took over. One of the few mom-and-pop shops that was able to survive on Seventh Avenue, a few of these stores remain scattered throughout, places like Little Things, Photofaction, and Pino’s Pizzeria. Community Bookstore has settled in quite nicely with the new dynamic of the neighborhood, but it faces a new challenge and that is online books.

Most importantly, these stores are reminders of what Park Slope used to be, stores that continue to give this neighborhood charm, that only places that are rooted in history can.