In 2011, a designer friend of the Urban Memory Project redesigned our website and unwittingly inspired my own Urban Memory Project. The central feature of the site’s new homepage was a full-screen image that merged two photographs from the same vantage point captured nearly 100 years apart. The view was of Monroe Street in the Lower East Side looking southwest from the Manhattan Bridge— one from 1917 and the other from 2011. The juxtaposition of past and present presented in the blended image shows a neighborhood that has changed significantly over time, but would likely still be recognizable to the immigrant families that called it home in the early twentieth century.

Move your mouse (or finger) across the image below to fade either image in or out of view. 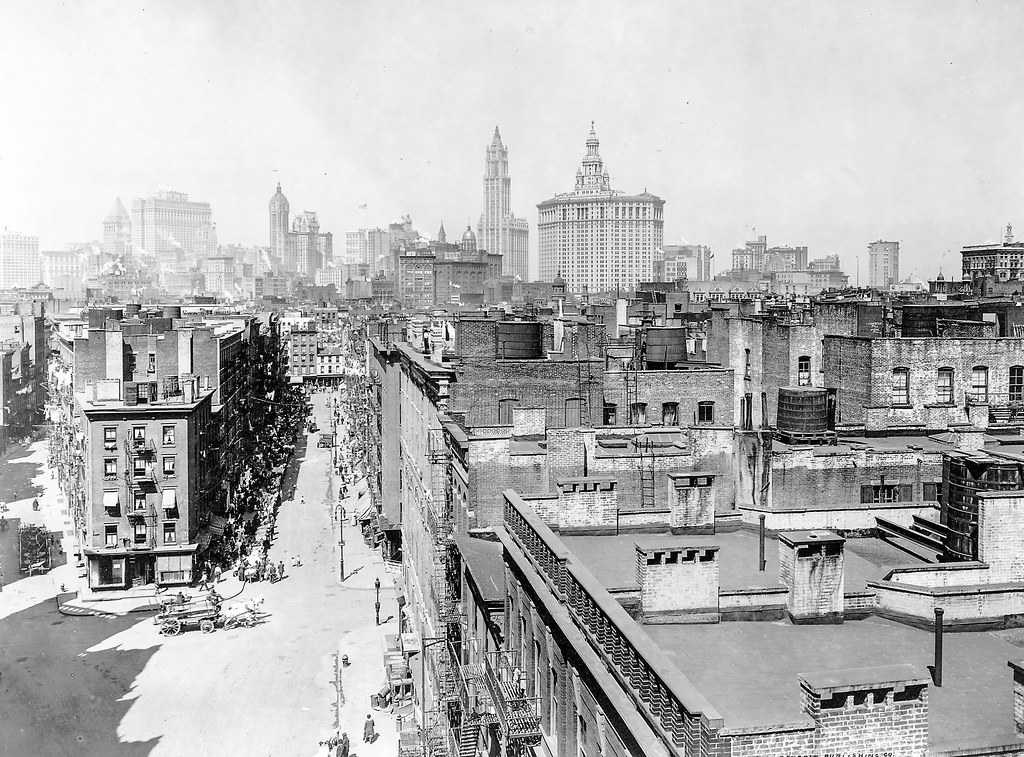 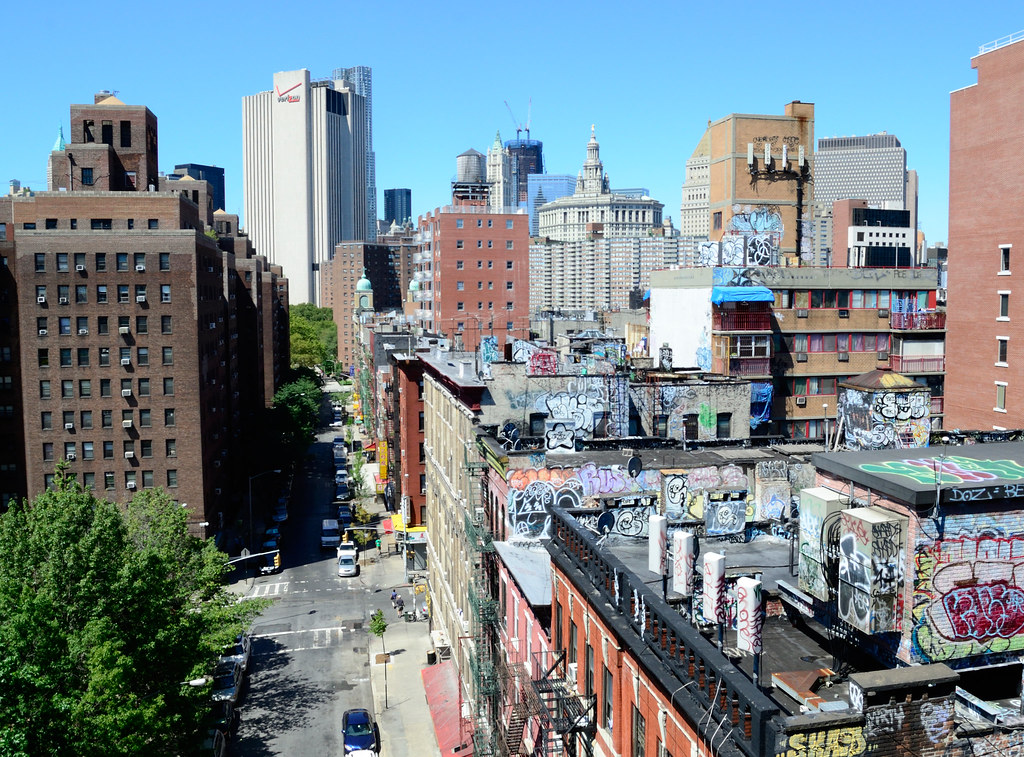 What our designer didn’t know when choosing this vista, is that it depicts the neighborhood, and possibly the exact block of the home of my mother’s first relative to reach America; my great-great aunt Gittel. Gittel migrated from Ukraine, (then considered Russia), in the late 1800s, and as the story goes, settled on Cherry Street, just one block east of Monroe Street. She soon sent for her sister, my great-grandmother Lena, who moved in with her, likely in a tenement building such as those depicted here. I don’t know how long Lena and Gittel lived in New York, but Lena eventually met her husband in NYC and moved with him to Providence, RI where she raised her family, and where eventually my mother was born.

In 1994, close to 100 years after my great-great aunt moved to NYC, I also migrated to the city intent on starting a new life (though from much closer– Chicago). My first job was located on the Lower East Side at the Eldridge Street Project (now the Museum at Eldridge Street), a historic synagogue and museum of Jewish and immigrant history.

Working at Eldridge Street I couldn’t help but wonder about my mother’s family and our roots in NYC. One day after work, about six months after my arrival in the city, I wandered south into the Lower East Side neighborhood in search of the tenement buildings on Cherry Street, hoping to somehow connect to my ancestors’ past.  I searched, map in hand, for the block where I thought Gittel and Lena might have settled, and instead confronted blocks of massive, high-rise, brick housing.  After a while, I gave up and went home confused, attributing my failure to lack of familiarity with my new city.

The 1911 version of the image above depicts a view of narrow streets lined by tenement apartments.  Horse-drawn carts can be seen in the foreground, as well as pedestrians and shops, located on the buildings’ ground floors.  This building type, (walk-up tenement apartments with ground floor stores), began to be erected across the city’s neighborhoods starting in the late 1800s with the purpose of housing the masses of immigrants then arriving in the city. The buildings were created to be crowded, containing cramped apartments, several to a floor, with little light and air.  As a result, the building residents were often forced to fight off illnesses that the close quarters and unsanitary conditions would bring.  It is unsurprising that in the early-mid 20th century a campaign to tear down these structures took place, relocating the people who lived there, and replacing the buildings with new structures containing what were seen as more sanitary, light-filled residences— and that is exactly what happened to many of the buildings on the block in this image.

In the 2011 version of the image above you can see a series of walk-up tenements covered in colorful graffiti, which gives the illusion that the area remains low-scale.  But if you take a look closer at the image you can see that the low-rise tenement buildings only exist on the right. On the left-hand side of the photograph is a very large apartment complex: Knickerbocker Village. Its very existence helped explain why I could not find the the Cherry Street tenements and what I hoped was my great-grandmother’s apartment building, in 1994.

In 2010, the Urban Memory Project was asked to do a study guide of the Lower East Side for the New York Public Library. During the course of my research for the guide, I learned that by the 1930s, the area between Monroe, Market, Cherry and Madison Streets had been dubbed the “Lung Block” for the high rate of tuberculosis found there. In 1933, Fred F. French Company, developers, campaigned, and ultimately succeeded, in tearing down many of the tenement buildings on the block— replacing them with Knickerbocker Village, one of the cities first large-scale middle-income, co-operative housing buildings.  It was then  I realized why I had been unsuccessful in finding the tenement buildings on Cherry Street years before—  they had been replaced by Knickerbocker Village! That was definitely a rewarding “aha” moment!

The city is constantly reinventing itself, replacing one level of history with another. Pulling back those layers over time is an extremely satisfying way of keeping the city’s history alive, and all the more so when that history can connect with our own personal narratives, (or those of our ancestors). So when I saw the collage our designer had chosen to use as our website’s homepage image— I couldn’t help but appreciate how he had successfully expressed the idea that layers of history are stacked  in any given place. He had unwittingly captured a piece of my personal New York City and connected my story to the story of the city history—  which is exactly what the Urban Memory Project hopes to do for everyone we work with.